Steelmanning is another name for the principle of charity in argumentation (Stevens, 2021) that tries to make the strongest possible argument for someone by empathizing (Stueber & Zalta, 2019) with their positive intentions.

Steelmanning gets its name as the opposite of strawmanning. Strawmanning (Aikin & Casey, 2011) is an argumentation fallacy (Hansen & Zalta, 2020) in which a person’s argument is made into a man of straw – easy to knock down – and then this strawman is argued against instead of what the person really meant. 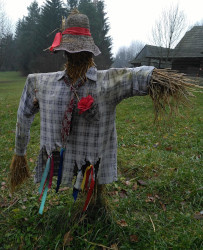 The main reason we like steelmanning here is its attempt to empathize with other people instead of just trying to win arguments. We hope that steelmanning improves relations between people and helps achieve the best possible world for everyone.

Tinmanning is a fallacy when someone declares that they’re steelmanning but they’re actually strawmanning. 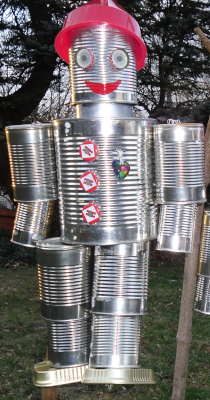 Tin is a relatively soft metal compared to steel, so tinmanning is meant to convey that the argument superficially looks like a steelman (it’s metal) but it’s actually weak like a strawman (a soft metal).

This term is a bit ambiguous because iron or steel products are sometimes coated with tin to make them water proof, so tin is sometimes associated with strength. Also, the Tin Man in The Wizard of Oz would rust but tin does not rust, suggesting the Tin Man was like a tin-coated iron or steel. Nevertheless, tin on its own is relatively soft.

Steelmanning may be condescending, harmful, or arrogant

Ozy Brennan writes (Brennan, 2016) that when someone declares that they’re steelmanning, they’re usually tinmanning and the declaration of steelmanning may be condescending, harmful, or arrogant:

In the least obnoxious case […] not only is this person strawmanning you, but they’re also acting like you’re an idiot and they’re so much better than you for being able to think of the argument you actually made.

In the most obnoxious case, Alice doesn’t actually understand Bob’s argument at all. Often, there are fundamental worldview differences. […] Instead of understanding that people believe things differently from you, you’re transforming everyone into stupider versions of yourself that don’t notice the implications of their own beliefs.

You can say “but neither of those are actually steelmanning! Real steelmanning is being able to put other people’s viewpoints in words they themselves find more compelling than their own arguments!” However, that is an extraordinarily rare and difficult skill; even most people who do it once can’t do it consistently. Saying “to steelman position X…” should be interpreted the same way as saying “to express perfect loving kindness for all beings…” It’s certainly a nice ideal which people might want to approach, and some people even manage to pull it off sometimes, but it’s a bit arrogant to declare that you’re definitely doing it. Even when you think you are, you usually aren’t.

First, seek to understand the actual viewpoints people you disagree with are actually advocating.

Second, seek out intelligent and well-informed advocates of viewpoints you disagree with.

Third, whenever possible, try to switch conversations from a debate focus to a collaborative truth-seeking focus.

Steelmanning Brennan: Even if a person is well-intentioned, steelmanning is very hard to do and thus often leads to tinmanning. Tinmanning may be condescending, harmful, or arrogant. Therefore, declaring that one is steelmanning usually fails and causes unnecessary damage. A better approach is to switch from the debating approach of steelmanning to a collaborative truth-seeking approach, understanding actual viewpoints, and seeking out well-informed advocates.

Response: All truth-seeking is hard and may lead to such damage but steelmanning should do this less

All forms of truth-seeking are hard and may lead to strawmanning which may lead to being condescending, harmful, or arrogant. The benefit of steelmanning is that it explicitly tries to avoid strawmanning through a foundation of empathy. By analogy, science is very hard, but it’s better than the alternatives. The proposed alternative (truth-seeking collaboration, understand actual viewpoints, seek out well-informed advocates, and finding common ground) seems to be part of proper steelmanning.

Steelmanning one argument may strawman another

Dr. Gelman argues (Gelman, 2022) that steelmanning one argument may strawman another:

[Steelmanning] can lead to being uncharitable or “strawmanning” of other positions that are being opposed or caricatured by the people you are steelmanning.

to try to address the arguments as [they] arise.

Steelman: Accepting a premise from one person may strawman someone else

Accepting any strawman while steelmanning – even of someone who’s not necessarily involved in the argument – is a failure of steelmanning; instead, it’s tinmanning. Person A should have also steelmanned Premise P1. In contrast, “addressing an argument as it is” is not necessarily designed to reduce strawmen. Even if such an approach did not include Premise P1, it may have strawmanned other premises.

Steelman: It’s impossible to steelman some arguments in a way that everyone accepts

In response to the above argument: Steelmanning an argument so that all people do not consider that it contains any strawmen may be impossible due to peoples’ contradictory premises. Even if we grant in the above example that, theoretically, Person A should have steelmanned Premise P1, there may be no way to steelman it in such a way that both Person B and Person C are happy.

Response: There is no better method to try to empathize with other people

While it may be impossible to steelman some arguments in a way that everyone accepts, if the goal is to empathize with other people for the purpose of improving relations between all people and helping achieve the best possible world for everyone, then there is no better method than steelmanning (see the all truth-seeking is hard response), and we should try our best to steelman as much as possible.

Note: The multiple sections above discussing Dr. Gelman’s argument were updated after he graciously debated previous versions of arguments.

For completeness, ironmanning is when someone makes another person’s “unreasonable” argument reasonable. This is the converse of strawmanning. What makes something “unreasonable” on its face is a subjective judgment, so this is not necessarily a fallacy like strawmanning or tinmanning.

In our opinion, accusations of ironmanning aren’t very useful unless the accuser is willing to debate what is “unreasonable” and why they judge the subject so.